We really enjoyed our topic launches today where we were recapping and learning locational knowledge linked to our topics over the years! We also looked at lots of famous landmarks and their locations around the world: some we knew already and others that were new to us. Have you decided which one you are going to re-create? Let us know here…

Remember, the only limits are your imagination! I know everyone will be blown away if anyone decides to incorporate any of our science learning on circuits, motors and switches 😉 but I’m also sure that whatever you decide to do will be fantastic!

You can make any of the landmarks that we looked at today or another of your own ideas and you can use any materials that you want to. We’ll try our best to help with materials so if you need anything, please just ask!

It’s very nearly the end of term so that means Knowledge Organsier quiz time! Have you remembered the key facts? What about from last term’s Ancient Greek topic? Test yourself here….

1. What year was Queen Victoria born?

2. What year did she accede to the throne?

4. Which of her sons succeeded her?

5. Was Spain part of the British Empire?

6. Was New Zealand part of the British Empire?

7. A diamond jubilee is a celebration of how many years on the throne?

10. What year did Queen Victoria die?

11. When were the first Olympic Games held?

12. What was King Agamemnon’s brother called?

13. When was the Battle of Marathon?

14. In which modern day country is Troy believed to have been located: Finland, Turkey or Spain?

15. Which city state was ruled by two kings of equal power?

If you manage to answer all of these questions, can you think of a question for everyone else? 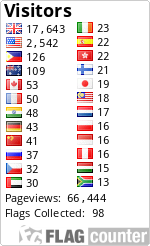