It is time for our new topic Year 3 and this term we are going to be studying…
WEATHER AROUND THE WORLD!

Before we begin this topic I was wondering what you already know? 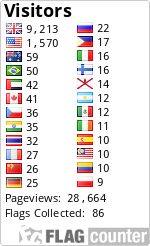